Kobe Bryant, basketball star, and his 13 year old daughter, Gianna were killed in a helicopter crash in California on Sunday, January 26th while traveling to Bryant's Mamba Sports Academy to coach a game. There are reports that 7 other people died in this crash as well. Kobe leaves behind a NBA legacy that will live forever.

Kobe played for the Los Angeles Lakers for 20 years and was a star in high school basketball as well. In 1996, just out of high school, Kobe (age17) became the 13th overall draft pick and became a Charlotte Hornet, but Los Angeles had already worked a deal with Charlotte for Bryant to be traded and the rest is history, as the old saying goes.

During his 1996-1997 rookie season, Bryant did not play as often as he would have liked but when he did he was the youngest player on the court. His second season with Los Angeles, he won the NBA Slam Dunk contest. Quickly Bryant and Shaquille O'Neal became one of the best pairs of players in the league. In Jan. 2006, Kobe scored the second highest all time points in a game against Toronto, 81 points. A career high for a game for him and a feat that showcased his talent on the court. The 2006-2007 season was possibly his best season as he went on to score over 50 points per game in several games during the season. In 2008, Bryant was a member of the US basketball Olympic team and won gold.

Kobe Bryant was a star in the highest ranks in basketball. He was a leader on the court and the inspiration to many young players or kids in general. He will be greatly missed in the basketball world and will live forever as one of the greatest to ever play the game!! His legend on the court will go down in history and many will speak of him in the sports world for years to come.

To the family of Kobe and Gianna, as well as the others that were on board this helicopter, our thoughts and prayers are with you. Each of you were stars in your own way and we must remember each of you in a moment of silence. God Bless! 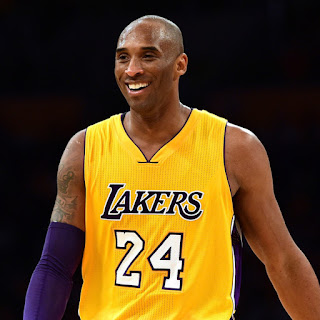