Friday was a bittersweet day with my daughter attending her senior prom with other homeschooled children and the loss of her horse. One of our beloved horses, Abdul, passed away on Friday morning and he was her dear companion. Abdul, was a Tennessee Walker- Arabian mix and he was a dream.

We bought him from a friend about 6 years ago for my daughter to ride and show at 4 H. She was moving up in her riding skills and we were moving her from a smaller pony to a small horse. She was scared of him and swore she was not going to ride him. After my husband and our oldest daughter rode him, she decided that she would try. After a few rides, they were best buddies and have done so many things together.

Abdul has participated in many 4H classes both halter and showmanship classes as well as contesting. He was not a barrel horse, but he did not mind to try. He would run when he needed and he would go around the barrels as though it was natural. He did not ride gaited as he had walked with quarter horses too many times and we were fine with that. My daughter does prefer to ride western than English or in a gait. He would do the trail classes and give her some problems even though he had been a trail horse all of his life.

Abdul has been dressed as the Mad Hatter, one of the Duck Dynasty crew, Uncle Sam, as well as many other things during the 4H costume contests. He never minded anything that we done to him. He was even painted once to be a zebra. He has worn ball caps, wigs, clothes, etc. and would take it all in stride. He loved to place in a class as well as she did.

He was our babysitter horse for anyone that did not know how to ride or had never been on a horse, was sure to be able to ride him. He knew what he do. Many have said, he had " been there, done that" type of horse. He knew what we expected and he done it. He knew his job was to protect my daughter and that is what he done. She could ride bareback, backwards, sit crossed legged on his back, never touch the reins, etc. and she knew that she was safe. We were constantly reminding her that something could spook him, but she never felt unsafe on him.

She has turned down quite a bit of money for him and my husband always told her that the decision was hers. The answer to anyone that attempted to buy him was " you don't have enough money". We were camping once and she turned down $5,000 for him. She truly loved the horse and he loved her. The mutual respect that they had for each other was truly amazing!

She found him in the barn on Friday morning looking as though he had just fell asleep in his stall. We knew on Thursday that he was frail and we assumed that he might pass overnight. He was not ill but he was simply old and we knew it was about his time. Whatever we expected though, was not enough to prepare us for the loss. She came in totally broken and crying. She told her dad that he had passed and asked for us to give her a few minutes before she went back out to cover him and we did that. She was able to get some of his mane that she may want in a locket and she was able to go back to the barn and say her goodbyes. It was so sad! I knew her heart was breaking and there was nothing I could do to make it better.

Knowing that she had prom that night, I was concerned that she might decide to not go due to feeling so upset over the loss she had suffered. However, she decided to go and she was able to get her mind off of the loss for a bit. She did cry when one song came on that she had practiced musical freestyle too with him. She had a nice time though and we ended the evening with her and I dancing her senior dance together. A smile ended the evening and that made me thankful as I knew Abdul was there in spirit. He was once again watching over her.

For the moment, tears have ended but if I don't end the post, the keyboard may be wet. I am going to end with some photos of him. This is our beloved Abdul. RIP 03-18-2016 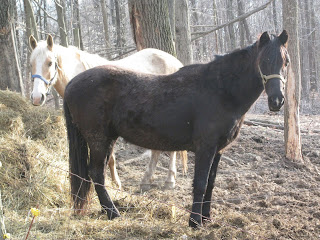 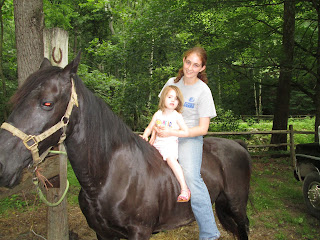 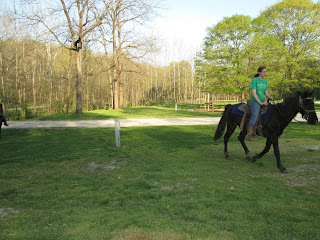 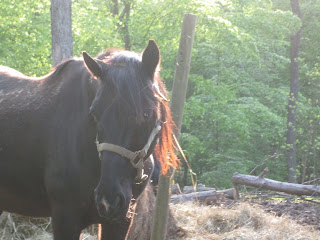 Forever Remembered and Loved
at March 21, 2016 No comments:

No, I have not fallen from the face of the earth. The flu hit our house hard on Sunday and my granddaughter and I both have been so sick from it. My daughter has been lucky enough to avoid it at all costs. My husband has been coughing quite a bit which concerns me considering he has breathing issues anyway. But that is not what this post is about. It is about security shattered.

Why? You ask. Yesterday was a day that shattered my security is such a way that I am not sure I will ever truly feel safe even here in my safe little corner of the world again. Less than a half mile down the road yesterday, they were searching for a young man that had shot a police officer yesterday morning. Fortunately, the officer was not killed or even seriously injured, but the young man is now wanted on resisting law enforcement and attempted murder. So sad! Sad, but shook my inner sense of security and safety. The shooting did not happen near us, but the search for him did as his last known address was less than a half mile from our home. As many of you are aware, we do not live on a main road and we do not live near any large town. Recently, two homes on our road have came up for sale and it has been upsetting for me as our "neighborhood" as it was, has changed, Many new cars and people have been down our road lately and into our "home safety zone".

For the time we have lived here, we are in such a rural area, that it just seemed as though we were safe. Safe to allow our children to wander free in the woods around the home, free to walk the gravel road, free to leave our windows open, and free to leave our doors unlocked during the day while we are home. Now to know that an attempted cop killer was being searched for and could be near to us is just a shock.

As I was learning of this search, I was also learning of a workplace shooting that took place several miles from us but still in an area that is considered rural and a small town. Cummins, in Seymour, Indiana was being rocked by an attack that took place on the second floor of one of their buildings when a man shot his boss and then took his own life. How sad that he turned to violence to solve whatever issue was between the two men. How sad that a father and husband was taken by violence. How sad that people feel that taking one's life is a way to solve any issue. People, it is time that we need to learn to be nice to one another!

Our world needs peace and our world needs people to consider how others feel and realize that everything is not about me. We need to teach our children to be nice and teach others to be nice. We need to be nice! We need to look at how we can help others rather than what we can get out of a situation. I have just been shocked to the core that this much violence has happened within less than 100 miles of my home and my secure little corner of the world.

Yes, we have heard of workplace violence for years, but it has always been another town, another state, someplace else. What brings this to me the most is that I know someone that is personally affected from this workplace shooting and that hits hard. It is my area, it is my state, it is my world. Truly sad and shocking!

As you read this and you begin to settle down this evening, say an extra thank you to whomever you worship that you are alive, hug your spouse, child, partner, or friend a little longer tonight, tell them you love them and remember to never allow your child to go to school or work or your significant other to walk out the door without saying " I Love You", you may never have the chance again!

Today our weather is cloudy and cool, but with the weekend comes temperatures in the upper 60's and lower 70's by Tuesday. You can't imagine how extremely happy that makes me as I know that it means that spring is not far off and with spring comes new beginnings.

Yesterday as I was moving things in the house to make room for a new bench that I have, I carried some items to the garage and as I was walking by my flower beds in the side yard, I was quite surprised to see green sprouts popping up in the yard, where new flowers are now sprouting up. Once again a sign of new beginnings. Life seems to go by so quickly that I feel we usually do not notice the new beginnings all around us.

What is more precious than a newborn baby, a newborn foal, a newborn calf, or a simple new flower entering the world through the ground? Nothing! The signs of spring are right up with on a list of my few favorite things. The buds on the tree, the leaves sprouting out, farmers preparing fields for planting, etc. Each of these are wonderful sights of the Earth giving us a new beginning.

May each of you experience warmer weather and new beginnings when your week begins. May anyone that is suffering, feel a new beginning that takes the suffering away. I pray that your family welcomes new beginnings as we do!

I changed the looks of this blog today to represent the brilliant greens that we will soon see as the new beginning of spring comes along.
at March 03, 2016 No comments: