Mad! Still mad! Even madder! Those are the feelings that I have had since Saturday evening when we were headed to another town to a benefit for a young family with some very large medical bills and an ill child, when some young girl decided to make a left turn in front of us when we were literally less than two car lengths from her. I drove a large car -1995 Buick Roadmaster and we had our head lights on as it had rained some and was cloudy but she didn't see us according to what she told the officer taking the report.
I was mad at the scene and I was not a pleasant person to either her or the poor man who tried to help me because I was limping. I was too mad and was concentrated on getting my daughter and her friend taken care of before anyone worried about me. I was mad when I seen how damaged my car was and I was mad that she had been so careless. She could have literally told what color our jackets were we were so close to her.
After being checked by the paramedics and being told that we were all okay for the most part, I was relieved that the kids were not hurt, but still mad at the other driver. By the time we were home, I was still mad at her for ruining our evening and my daughter's sleepover.
The next morning when I took another look at my car, I was still mad at the other driver for not paying more attention to what was going on in front of her. Seriously, how can you not see a large blue car in front of you? How could you turn and risk your life and the life of another person or family? What if one of my kids would have been hurt of worst yet, killed? What if I would have had to call my daughter's friends' parents and tell them that their daughter that was in my care was seriously hurt due to someone else's neglect- or worse yet dead?
The more I pondered on the subject, the madder I got. Finally after a day or two, I realize that I am even madder now than I was before. She has left me without any way of going anywhere and she took a chance of injuring or killing two precious young ladies or myself or my husband. That is stupidity at its' finest, if anyone wants my opinion on it. UGH!!
I am thankful that we are all fine and I am thankful that no one was seriously hurt. I do not know how I would have handled myself if someone would have been injured!!
at March 08, 2011 No comments:

We have some new animals here on the farm. We purchased some guineas and baby turkeys last week. The turkeys are just babies and were just a few days old when we got them, but the guineas are older.
The guineas are going to make good "watch dogs" as they like to make a lot of noise. Everytime we walk out into the yard they tend to make noise and let us know that they are watching. I have heard that they keep the prey animals away from the chickens and stuff and that is why I decided we needed them. Living with woods surrounding the property makes the farm a nearby meal for coyotes.
The turkeys are going to be a 4-H project for Bridget. She will also be showing a pony or horse as well as rabbits, chickens, and possibly her dog. She is going to be very active when fair season arrives and I am sure we will spend a lot of time there.
Wishing everyone a good week.
at March 01, 2011 No comments: 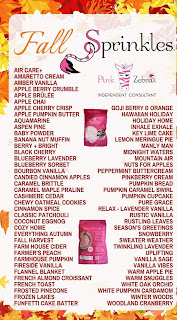