This past Monday, my youngest daughter and I were able to take a trip to the Indianapolis Zoo with the grand doll and we had such a fun day! It was HOT and very humid. I believe at 11 a.m., the heat index was nearing 100 degrees, but we stayed hydrated and worked our way around to be in the cooler areas as the hot noon sun set in.

I was a bit disappointed as the zebras were not out for viewing and they are my favorite animal of all. However, getting to feed a giraffe with the grand doll was a special treat! One carrot slice, but well worth the line and her small tantrum to get to go out on the platform to feed. 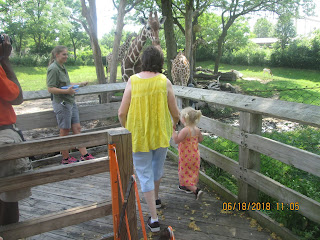 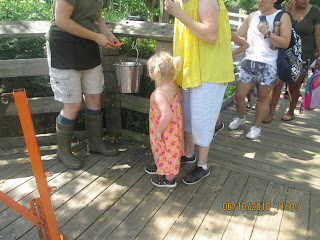 We talked so much about these guy. She is amazed at how tall they are and that they eat from the trees! 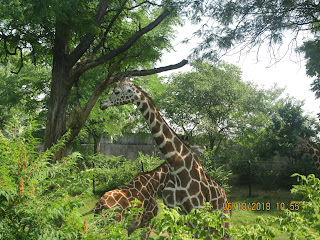 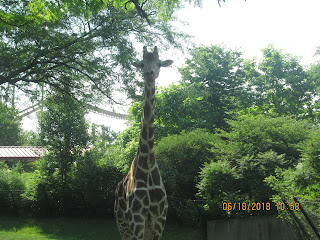 This one was staring at the camera, so I made sure to zoom in and what a great picture of it's face! Aren't they beautiful creatures? 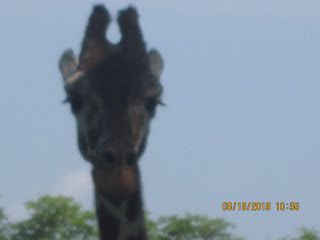 While my daughter and grand doll rode the carousel, I made my way over to the flamingo feeding just in time to catch them enjoying a nice meal of shrimp. They were walking near people just to get them. 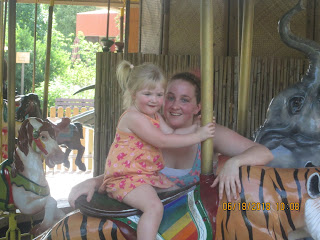 She certainly enjoyed her tiger ride and that seemed to be her theme for the day as you will see later on. 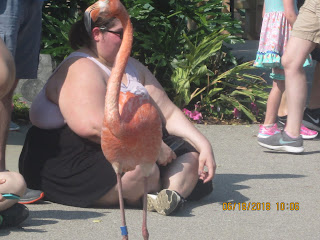 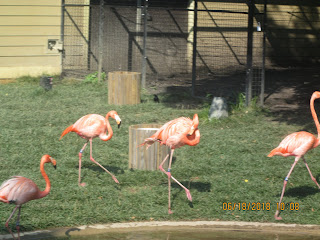 Look at those long legs! It was amazing to us how deep the water that they were in was in their actual pen. I guess it needs to be deep to accommodate their height. 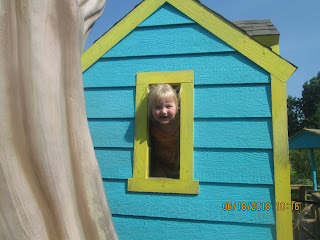 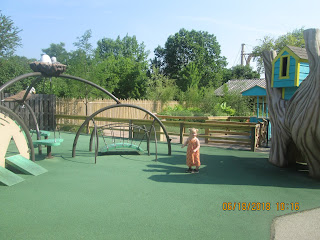 While waiting for the train ride located in the plains area, she wanted to take some pictures. She received a camera for Christmas last year, but Mammaw did not take it so I had to share mine. I must say she is not a bad photographer. 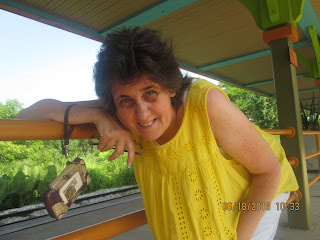 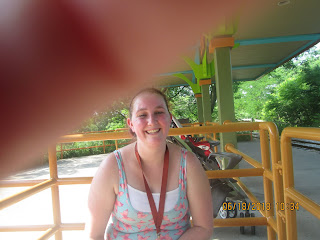 Of course, you can't go to the Plains without seeing the elephants. They were fairly quiet, but we did see one eating hay out of the water. She enjoyed watching him use his trunk. 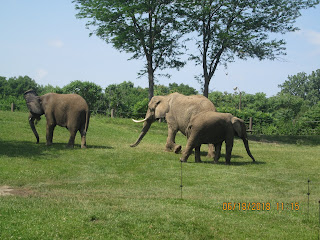 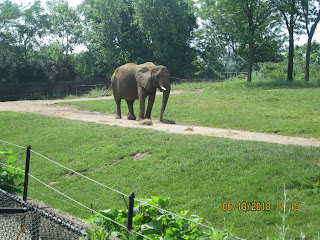 Another favorite spot was the new monkey exhibit. Now, my oldest daughter wants a pet monkey so we have to be fully aware of all the monkeys. These were the newest addition and I must say that they are quite cute! These are Long Tailed Macaques. They were not active while we were there but it was hot. 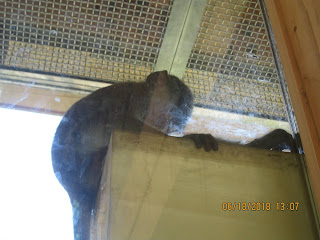 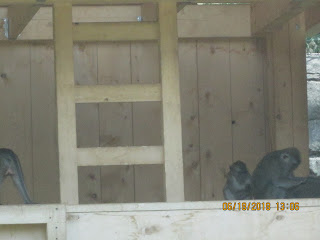 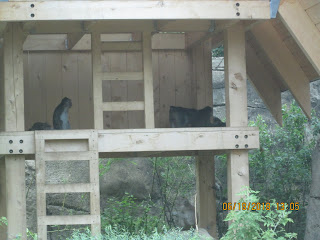 The lion truly interested her as well. While we were walking away, there was a talk about them and the gentleman working with this particular lion made him roar and so we said he was telling her bye. That was certainly a highlight to the day as she made sure everyone at home knew that it happened. 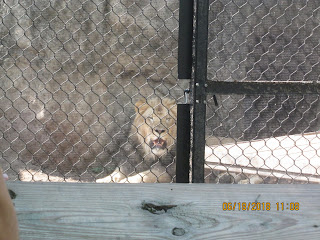 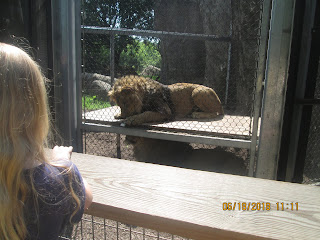 Penguin's are another favorite for us. These guys look so adorable all the time. We talked about the movie Happy Feet while we were watching them. It was so cool in this building and a nice break from the heat and humidity. 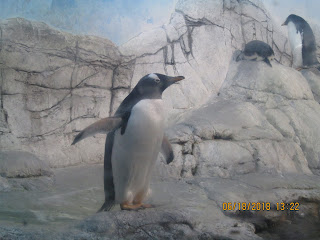 For my last photo on this post, I will share why I felt that she had a tiger theme for the day. Face painting was a MUST and she chose --  A TIGER 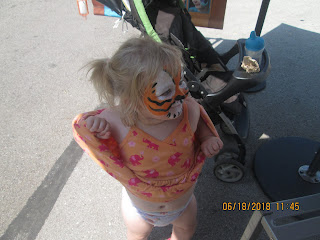 Isn't she the cutest? I kept telling her that we had to keep our dress down but she said her bottom was hot. How cute!!

I hope you have enjoyed some of the trip as well. I would suggest that if you haven't been to the zoo where you live in awhile, take a trip. It can be such a great experience!!!
at June 22, 2018