Saturday preseason football in Indianapolis, Indiana brought a shock heard around the world as Andrew Luck was forced to an impromptu news conference to announce that he is retiring from the NFL. At age 29 and suffering many injuries the past two or three years, Luck has decided to move on with his life.

A news conference was planned for Sunday afternoon, but following a leak of the information from ESPN, Luck made his announcement following the Colt's loss to the Chicago Bears on Saturday. Fans booed as Luck made his way off of the field, as many are upset that the man that came from Stanford as the number 1 draft pick in 2012 and was regarded as one of the best quarterbacks in the league was leaving just a few weeks before the season hits full steam ahead.

Luck says that the pain and injuries that he has suffered has taken a toll on him mentally and physically and that he feels that it is best to continue his life without football. He was married last year following football season and he and his wife are expecting their first child. You can watch the video of his news conference here.

Many fans understand why he has stepped aside, but the hurt is real. Many fans are very upset and I believe that it has a lot to do with the way that Luck was talked about before he was drafted by Indianapolis. People expected Luck to be in the ranks of quarterbacks like Manning, Brady, Brees, etc. Long term quarterbacks with records that others want to achieve. Instead, Luck has spent several weeks on the injured list and was looking at another season of not being in the game for a few weeks.

The Indianapolis Colts are left with their back up quarterback, Jacoby Brissett, who played for the New England Patriots and was traded in 2017 to play under Andrew Luck. Brissett started 15 games during the 2017 season, due to Luck being injured and unable to play. His record is not the best, but I believe that he has the capability to be a good quarterback. However, Indianapolis has lacked in defense for many years and they need to get something figured out there so that the quarterbacks are not hit as often and injured in the process. Protecting your quarterback in an important part of any football game.

I have never been an Andrew Luck fan as I felt that the Indianapolis Colts management done Peyton Manning so wrong by getting rid of him to bring Luck in and I was upset as to how he was constantly compared to Manning and Colts management made it sound as though he would be such a better quarterback, but I wish him the best as his life changes and he has stepped away from the NFL. Your life and career should not be spent in pain to do a job to keep others happy! 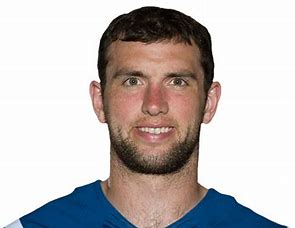 The Past - Andrew Luck 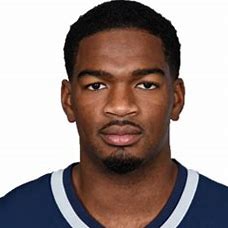