If I were to rename our state, I would name it Blustery as that is how the weather has been the past 24 hours. Wind moved in sometime late Friday night or early Saturday morning and I believe anything that has not been tied down, it probably gone. Wind gusts of 60 miles an hour were common yesterday and the highest gust was 66mph. That is hard for anything to withstand. Trees were down and many people were without power, thankfully ours stayed on.

In places near us, chimney's blew off homes, gas station covered were downed, and even buildings toppled as the wind continued it's fury. The winds are still howling today, but the gusts have been cut in half and are supposed to slow down even more today, but it is cold!!! We had a high of 60 on Saturday and today it is 15.

Weather is worse near the Ohio River where flooding is a huge concern. Places like Carrollton, KY were under water yesterday as well as some places in and around Cincinnati. I was also learning of major flooding near Clinchport, VA were my dad grew up and I spend a lot of time in my childhood. In 1978, Clinchport was truly washed away after the snow from the Blizzard of 1978 and spring rains flooded the Clinch River. My grandmother's house was across the road from the river and almost every building in town was destroyed and some washed completely away. Seeing photos of the area yesterday was sad and a reminder of what happened to such a precious little town years ago. 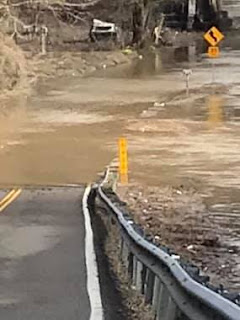 This is near the exact area that my grandmother lived. I still have an aunt and cousin that live near this area. My aunt lives just around this corner and up a hill. 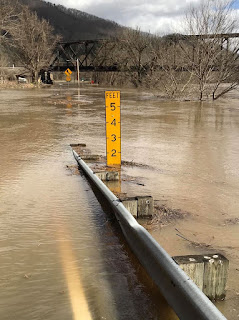 This is the same area within just a few hours of time. As you can see the water is a foot and a half above flood stage at this time. This is the Clinch River. 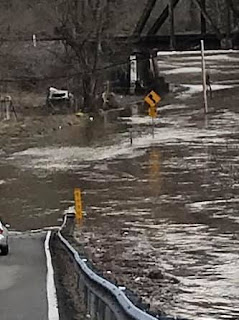 Another picture of the same area but you can see the water is still rising. About where the white thing on the left side of the photo is where I believe my grandma's driveway was in the 70's. 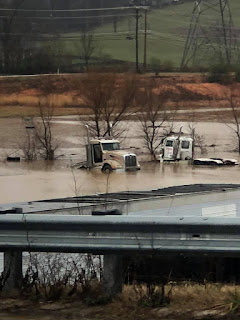 This is in Livingston, TN I believe. As you can see flooding is a huge concern there as well. 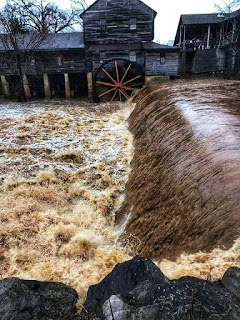 Anyone that has ever visited Pigeon Forge, TN is sure to have seen the Old Mill Restaurant and this is the current photo of that area. Flooding is severe in Virginia, Tennessee and Kentucky as the rivers and streams can simply not hold the water that they are getting. 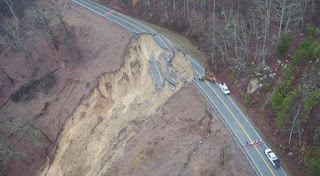 Another concerns in these areas are mudslides. Roads being taken away are a huge concern as the land is saturated and it is still raining.

These are more mudslides pictures that I have taken from FB that my friends in KY, TN and VA have shared. 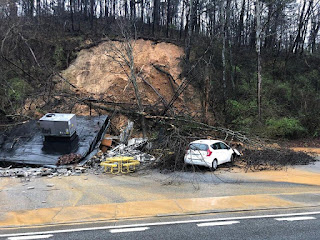 Mother Nature is mad! She has unleashed a fury that I haven't seen in awhile. Wherever you are, hang on because you may be in for some rough and wild weather until we calm here down. Please pray for those affected by these natural events if you believe in prayer.

Until our roads meet again, may your trail be smooth and your ride be blessed!!