Monday was a cause for celebration around the farm here. It represented such a milestone for my husband and his parents that we had to make the day as special as possible. It was my in-laws 50th wedding anniversary! 50 years that they have walked side by side, had their ups and downs and been together through all aspects of life.

As many of you know, my mother in law has really struggled with some health issues and we have had to look into more care for her. Due to some current health issues we were not able to celebrate at home, but it did not stop us from making sure the day did not go unnoticed. We took the party to her! 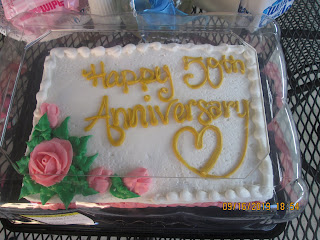 A delicious cake bought from Meijer's! I thought the roses and the heart where such a special touch and fitting for the day! 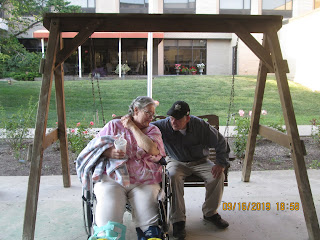 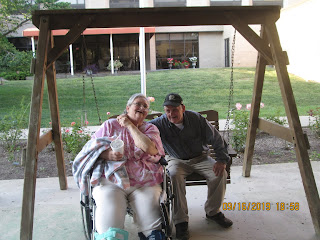 The Happy Couple! It is hard for me to imagine that this sweet man has lived with this woman for 50 years as she can be such a problem and never appreciates anything that is done for her, but he has and he still loves her no matter what! 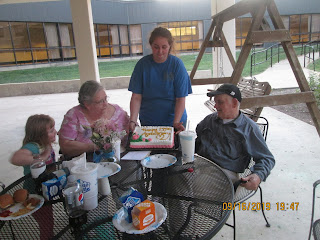 Presenting the cake was left to the granddaughter that was able to be there and of course, you can see the grand doll had to be involved. She kept saying Happy Birthday to them. It was so cute! 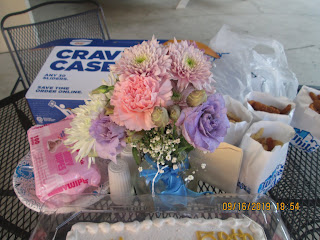 This is the nice vase of flowers that my father in law gave her. We were looking for fall flowers, but he really wanted these and thought that they might be nicer for an anniversary. Yes, we had White Castle for dinner as it was easy to transport and she likes them so it was a nice treat for her. 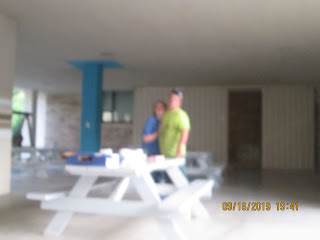 Other than my husband and I, the only other guests were my daughter and her boyfriend and the grand doll. The older daughter and son were unable to be there due to work obligations. This picture is really blurry and I am not sure why. 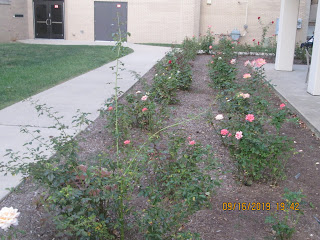 I will leave you with these beautiful roses that were the backdrop to the picnic area that we were able to sit in. A beautiful evening to celebrate 50 years of marriage!!!